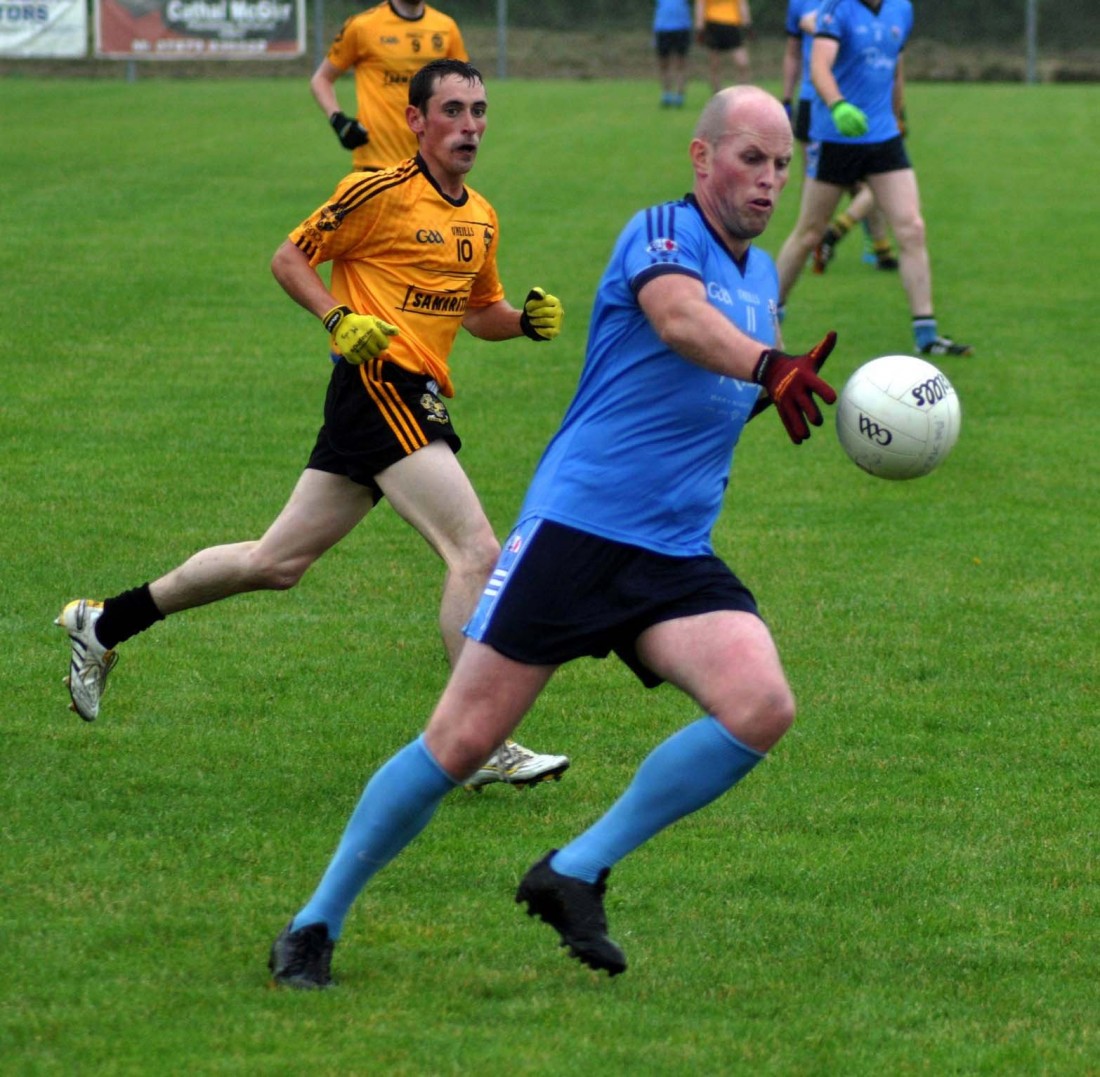 The Sigersons needed four goals to see off a determined Beragh team. At half time Strabane led by 2-3 to 0-8. But as the final whistle approached they needed a goal from Ruairi Gormley deep into added time togo one ahead. Then Warner Mullan added another at the finish.

The other results in the intermediate league saw Greencastle beat the Rock by a point. Gortin saw off Killeeshil by a goal.

In Division one, Carrickmore’s clash with Moy was an entertaining battle, that ended with a win for the latter. Carrickmore hit too many wides, and Moy’s goals from Declan Conroy and Colm Cavanagh were pivotal.

Coalisland were deserving winners over Trillick. They led 1-7 to 0-6 at half time with Bailey Leonard getting the goal after 12 minutes. Trillick got the first point of the second half but they were always trailing by three or more for the rest of the game.

Having led by three at half time, 1-7 to 0-7, Killyclogher ended up losing to Pomeroy by 1-15 to 1-9. Pomeroy took the lead with six minutes left to play and ran out comfortable winners when they hit their goal in injury time.

Dungannon earned a good win over Galbally, 2-14 to 0-13, though the game was in the mix right up until midway through the second half. Galbally had led 0-8 to 0-7 at half time. The Clarkes got an early goal in the second half to take the lead and the game stayed close up until injury time when the county champions pulled away.

Clonoe earned a dramatic draw with Derrylaughan. Derrylaughan had raced into a 0-6 to 0-0 lead. Clonoe got it back to 0-7 to 0-5 at half time, and they tied at the finish. Dromore also drew with Loughmacrory. Errigal beat Donagmore 2-15 to 1-12.

In Division three a Tommy Murphy goal in injury time earned a win for Drumragh Sarsfields over Cookstown Fr Rocks, 1-13 to 1-11.

Donnelly: We simply couldn’t afford to lose to Donegal

Donnelly: We simply couldn’t afford to lose to Donegal