CORMAC Devlin was the top scorer for the Tyrone Minors in their big 3-16 to 0-9 victory over Down in the Ulster Quarter Final.

Goals from Gavin Potter, Shea O’Hare and Ruairi McHugh gave the Red Hands a big edge as they cruised to victory.

A derby semi-final against Fermanagh next week now beckons as they bid to reach the decider.

It was mostly one-way traffic throughout the tie, which was watched by a sizeable attendance at Healy Park. Tyrone led by 2-5 to 0-5 at half-time, before Devlin really turned on the style at the start of the second half.

He fired over four points in the third quarter to put the game beyond the reach of Down.

Tyrone maintained the momentum of that good start and a third goal from Ruairi McHugh really completed the big win.

Others to impress for them included Callan Kelly and Shea O’Hare in the defence, Ronan Strain at midfield and Paddy McCann and Eoin McElholm up front. 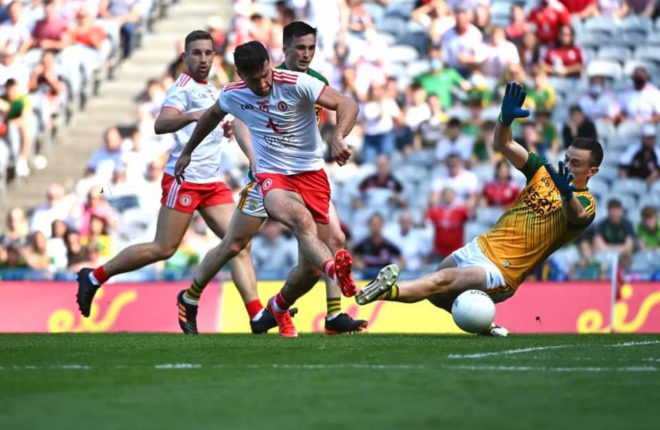